The Russian financial authorities have confirmed the government’s plans to issue a digital currency of the central bank, i.e. the CBDC.

The bank also said the digital ruble will have “all the properties necessary to perform the functions of money.” In addition, he noted that the project schedule will be determined by the authorities in the near future.

According to the document, the digital ruble aims to speed up, simplify and make payments more secure. The bank also noted that a CBDC such as the digital ruble will reduce the risk of capital outflow, stating:

“The domestic digital currency will also reduce the risk of reallocation of funds to foreign digital currencies, contributing to macroeconomic and financial stability.”

The bank further claims that users will be able to access the digital ruble on their e-wallets and mobile devices and be able to use it both online and offline.

The digital ruble will be available to “all actors in the economy” such as citizens, businesses, financial market participants and the government. The bank added that the digital ruble will have three functions of money, including a custody, unit of account and medium of exchange.

The ETH/USD pair has bounced from the technical support seen at $375.52 and got back to the middle of the range. It has been consolidating in a narrow range for some time now as the market participants await for the important breakout. The target for bulls is still seen at the level of $400 and due to the strong and positive momentum they might hit this level soon. The nearest technical resistance is seen at the level of $389.90 and at the swing top at $394.95. 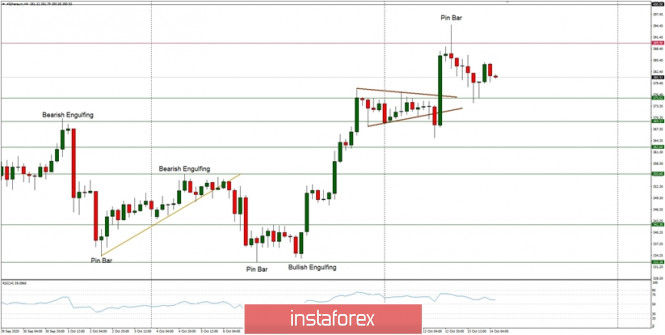