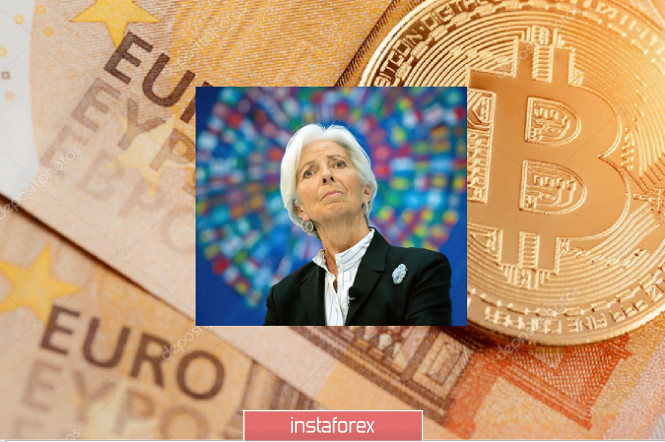 At a virtual meeting hosted by the International Monetary Fund, Christine Lagarde said that the ECB is taking digital Europe very seriously, saying that the closure of countries to quarantine forced people to switch to digital services, thus increasing the volume of digital payments even in countries like Italy and Germany, where they loved cash.

Sales have grown by about one-fifth since February, and the statistics for this pilot period showed that significant changes have been taking place, and that digital payments are much more trusted.

“We must be ready to issue the digital euro when needed,” said Fabio Panetta, Italian economist and board member of the European Central Bank.

The bank had previously stated that the Eurosystem – the ECB and national central banks – would decide by mid-next year whether to continue to gradually move Europe into the digital world.

The Eurosystem will have to take into account serious issues such as potential cyber risks, the right to privacy and whether the Central Bank’s introduction of digital currency means the possibility of obtaining confidential information about users.

It will also need to examine legal aspects such as the implications of different design features, as well as the grounds for extradition.

Lagarde said that the digital euro will not replace cash, but simply supplement it.

Cryptocurrencies like Bitcoin or Ethereum have become popular with traders and online shoppers. According to data from CoinMarketCap.com, the total value of the crypto market has surged to about $ 360 billion this month, from about $ 175 billion in just three years.

Just earlier this year, the People’s Bank of China began its trial of the digital yuan, thereby making it the world’s first central bank-backed digital currency.

Even the Swedish Riksbank has been testing the electronic form of the krona for several months.

Meanwhile, other major central banks, such as the Federal Reserve, Bank of Japan, and Bank of England, have taken a more sophisticated approach to introducing central bank-backed digital currencies.