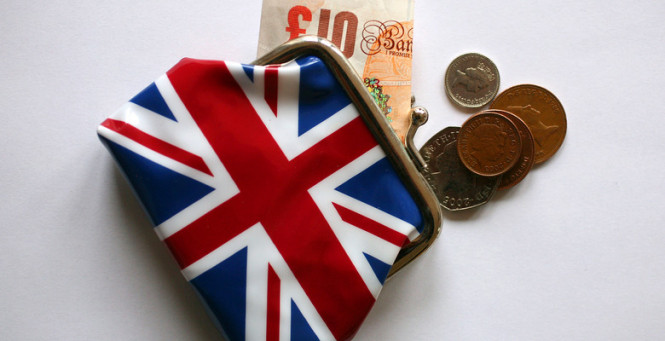 The British pound is under significant pressure from two factors: the result of Brexit negotiations and the possibility of introducing negative interest rates. As a result, the pound is in between a fiery pit, experiencing serious volatility from time to time and seeking to find balance.

Based on analysts’ observations, the Bank of England has currently no plans to lower rates below zero, but is ready for such a step if necessary. At the moment, the key rate of the regulator is at the level of 0.1%. Andrew Bailey, BoE’s Governor, said that if it moves into the negative zone, it could lead to an explosion of negative effects. If this plan is implemented, he intends to calculate and carefully weigh all the consequences that the introduction of negative rates may entail for business and the entire British economy. However, experts are still afraid that the financial stability and security of the country’s banks will be under attack.

The second key factor affecting the pound’s fate is the unpredictability of the consequences of Brexit. According to Prime Minister Boris Johnson, London may refuse to negotiate with Brussels if an agreement on a transitional period is not reached this Thursday. However, experts emphasize that this deadline was set by the UK unilaterally, and its impact on the conclusion of a trade deal is exaggerated. It is possible that the negotiations will last for several weeks so that the parties can come to a compromise. In such a situation, the pound can take a break, which will support its rate and growth to the next level in the future.

The current situation demonstrates the close dependence of the further dynamics of the pound on the result of Brexit negotiations. However, “not a single Brexit” determines the state of the British currency and its prospects. The success of negotiations between London and Brussels is still important for the market, but the disappointing macro data on GDP, industrial production and the UK trade balance also had an additional negative impact on the GBP. According to analysts’ estimates, GDP’s growth has slowed down, while industrial production volumes have significantly declined.

The current indicators dissatisfied market expectations, creating additional problems for the pound. In such a situation, experts are sure that even a relatively favorable result of the negotiations will provoke high volatility of the British currency. Yesterday, the pound successfully broke through the “round” level of 1.3000. At the same time, analysts believe that the GBP/USD pair crossed this mark due to the dollar’s total weakening. Monetary strategists at Unicredit say that GBP will consolidate above the level of 1.3000 in case of a positive result of the negotiations. However, the negative outcome of the meeting will have a stronger impact on its dynamics than a possible compromise. In case of failure of negotiations, the pound will face a large-scale sale, while the GBP/USD pair will decline up to 1.2500. At the moment, this pair is quite calm and is trading near the range of 1.3044-1.3045, trying to gain high.

According to the assessment of economists and currency analysts, political and economic uncertainty now rules the world stage. According to the monetary policy Committee of the Bank of England, the main factors of such uncertainty are trade tensions between the US and China, the upcoming US presidential election, COVID-19 pandemic and the risk of a “hard” Brexit. However, optimism is gradually gaining control, and the regulator is inclined to believe that the Brexit issues means nothing much compared to COVID-19 and global geopolitical tensions. Nevertheless, experts conclude that these factors have a stronger effect on financial stability in the United Kingdom and in the world.