The euro traded in a small range on Monday, closing the day near the opening, but still below the balance indicator line on the daily chart. The signal line of the Marlin oscillator is turning down; there is not much left before it transitions into the downward trend zone. A condition for a steady decline, to a low of 1.1650, is when Marlin transitions to the zone of negative values and the price falls below the 1.1754 level (low on August 21 and September 9). 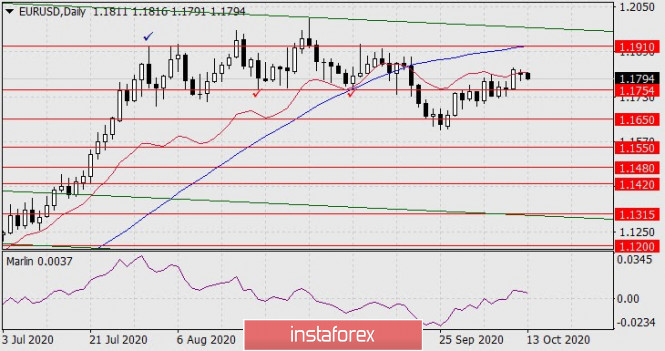 The price is still above the balance indicator line and the MACD indicator line on the four-hour chart. Of course, the price must also overcome it in order to create a stable signal for declining further. This transition may take place around the first target level of 1.1754. 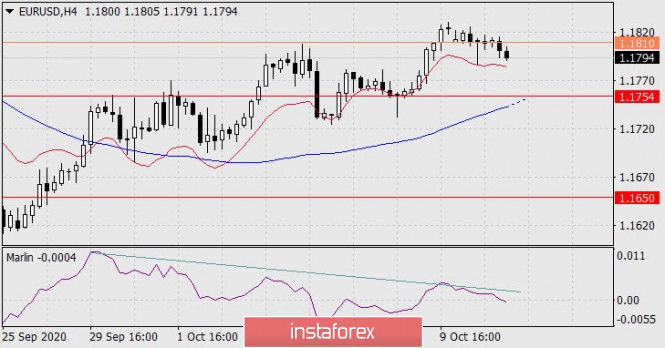 The triple divergence on the Marlin oscillator began to affect the technical behavior of the price. This morning, the signal line of the oscillator has penetrated the zone of negative values, which increases the probability of the price overcoming the first support of 1.1754.

Dollar pares slight losses as the session gets underway