The price hit the first target level of 105.30 on Monday. Getting the price to settle below the lower timeframe on the chart will lead to an attack on the significant support at 105.00, overcoming it may cause the quote to fall to 103.75 (high on May 2013). 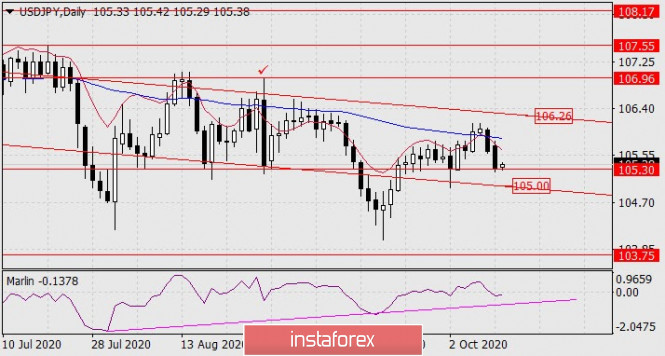 But the price could also move up from the current level, to leave the area above 106.26 and rise further to 106.96 and above. A sign of this is the Marlin oscillator’s readiness to return to the zone of positive values on the daily chart. 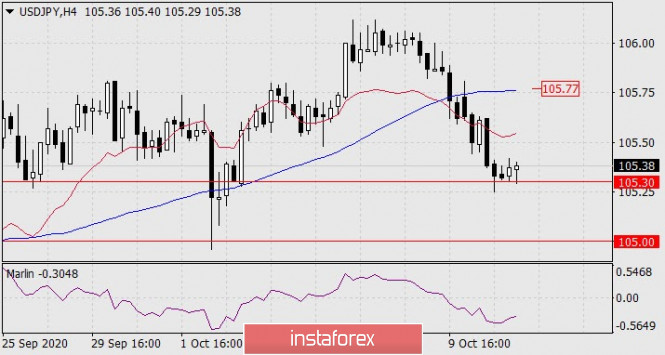 The four-hour chart shows that the price fell to the target level and is choosing its next direction The Marlin oscillator does not provide any clues, although it is in a downward trend, it already outlines a reversal, but the main thing is that Marlin is now in a leading position, following the price, not ahead of it. The price must go above the MACD line (105.77) to create a condition for growth. At the same time, Marlin will enter the positive zone. We are waiting for the development of events.