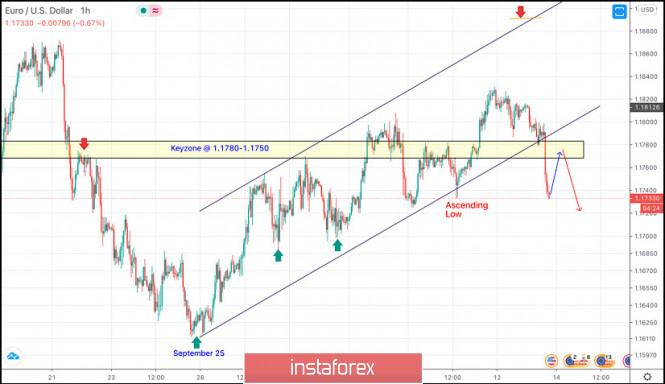 Intraday traders should have noticed the recent temporary breakout above 1.1750 as an indicator for a possible bullish continuation towards 1.1880 where the upper limit of the movement channel comes to meet the pair. However, immediate bearish decline brought the pair back below 1.1750.