Yesterday we mentioned the importance of the resistance at 0.7235-0.7245. Price today got rejected and is moving lower. Bulls still have hopes of resuming the short-term up trend but they will need to defend the 0.71 price level. 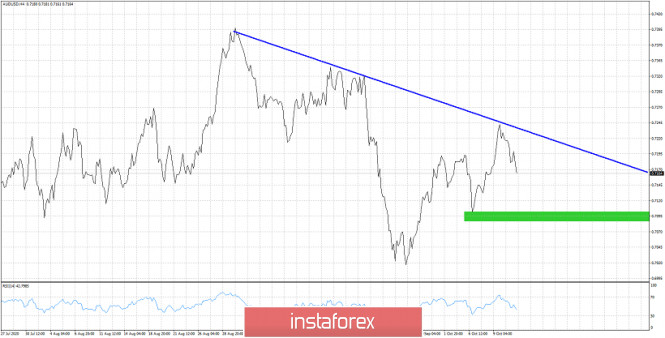