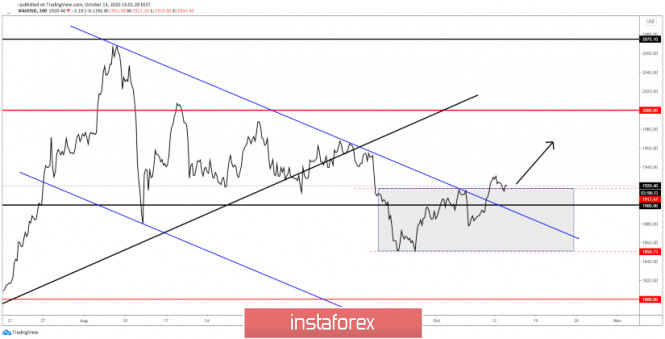 XAU/USD has managed to escape from the down channel as expected after the failure to approach the downside line of this pattern. The short-term bias is bullish as long it stays above the $1,900 level.

It has come back to retest the $1,917 broken resistance. An increase beyond $1,933 yesterday’s high should confirm a further upside movement. The next upside target is seen at the $2,000 level. I believe that only a drop below $1,880 could invalidate the upside scenario.

Buy Gold if the price reaches the $1,935 level. The near-term target remains at the $2,000 psychological level.

Sell only if the yellow metal drops below $1,850 level. This scenario is less likely to take shape as the COVID-19 crisis could attract more buyers in the upcoming period.