EUR/USD slips lower ahead of the US inflation data. It has changed a little at the start of the week, but I really believe that the economic figures could bring life on this pair. The CPI and the Core CPI are expected to increase by 0.2% in September, versus 0.4% in August. 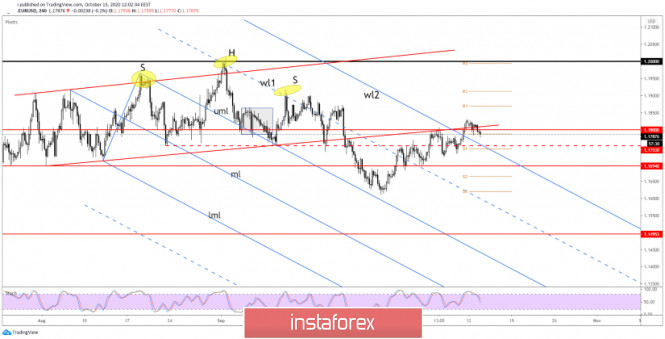 EUR/USD failed to stabilize above 1.18 in the most recent attempt. Still, the bias is bullish if the pair stays above the second warning line (wl2) and above 1.1753 static support. I believe that a new higher high could signal further growth.

That’s why we have to wait for confirmation before taking action. Only a drop and stabilization below 1.1694 static support could invalidate the bullish continuation.