In the first half of the day, a signal was formed to buy the British pound, which led to losses, as the bulls failed to maintain the momentum gained at the end of last week. Let’s look at the 5-minute chart and analyze the deal. Buyers of the pound achieve a breakdown of the resistance of 1.3045 and test it from top to bottom, which forms a good entry point for the continuation of the bullish trend. However, we did not see a more powerful upward wave, after which the bears returned the pair to the area of 1.3045. Unfortunately, it was not possible to wait for the test of this level from the reverse side to form a sell signal, and the market went down. 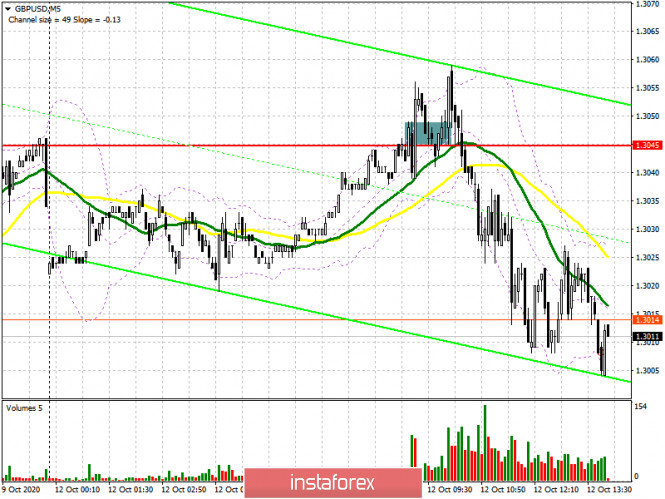 As for the current picture of the GBP/USD pair, it has not changed much. Only another breakout and consolidation above the resistance of 1.3052 forms a signal to open long positions, which may lead to the demolition of a number of sellers’ stop orders and strengthen the upward trend of the pair to the area of the maximum of 1.3106. A longer-term goal will be the area of 1.3178, where I recommend taking the profit. However, do not forget that today is Columbus Day in the United States and volatility, along with trading volume, will be at a fairly low level, especially in the afternoon. In the scenario of a further decline in the pair, the emphasis will be placed on the protection of the area of 1.2991, where the moving averages also pass, which are now playing on the side of the pound buyers. However, only the formation of a false breakout will be a signal to open long positions. If there is no activity on the part of the bulls at this level, I recommend that you do not rush to buy, but wait for the test of the 1.2925 area and buy the pound there for a rebound in the expectation of correction of 30-40 points within the day.

Sellers defended the resistance of 1.3045, slightly changing it to 1.3052. Now all the emphasis is placed on the pair’s return to the support area of 1.2991. However, only fixing below this level, where the moving averages also pass, will return the initiative to the bears and lead to the formation of a larger movement to the area of 1.2925, where I recommend fixing the profits. In the scenario of a repeated growth of the pound and a breakout of the resistance of 1.3052, especially in the absence of important fundamental statistics, it is better not to rush to sell, as the market may continue to implement Friday’s bullish momentum. Most likely, the bears will resort to the protection of the resistance of 1.3106. Otherwise, you can sell GBP/USD immediately for a rebound from the maximum of 1.3178, based on a correction of 30-40 points within the day. 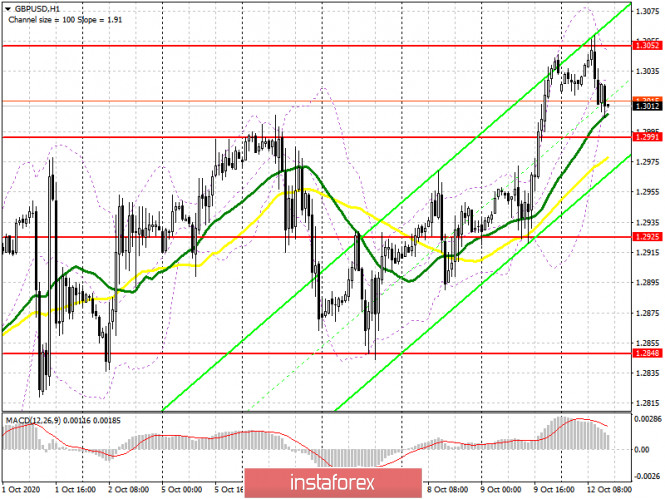 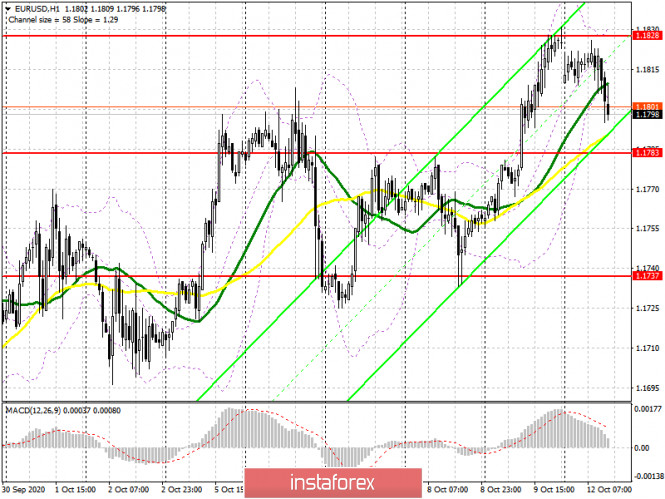 Let me remind you that in the COT reports (Commitment of Traders) for October 6, there was a minimal increase in short non-commercial positions from the level of 51,961 to the level of 51,996. Long non-profit positions slightly increased from the level of 39,216 to the level of 40,698. As a result, the non-commercial net position remained negative and amounted to -11,298, against -12,745, which indicates that sellers of the British pound remain in control and have a minimal advantage in the current situation. The higher the pair grows, the more attractive it will become for sale.

Trading is above 30 and 50 daily averages, which indicates a possible continuation of the pound’s growth in the short term.