Participants of the US market were suddenly disappointed in the dollar last Friday, as the greenback rapidly lost its positions from the very beginning of the US session. Moreover, all this took place against a completely empty macroeconomic background. Apparently, this was the reason why investors suddenly remembered both the uncertainty associated with the upcoming presidential elections and the catastrophic situation with the spread of the coronavirus epidemic in the United States, along with the fact that Congress, keen on preparing for the elections, cannot accept at least some kind of economic support plan. In general, the absence of any serious news made it possible for investors to breathe out and think about what was happening. The conclusions turned out to be fatal for the dollar. 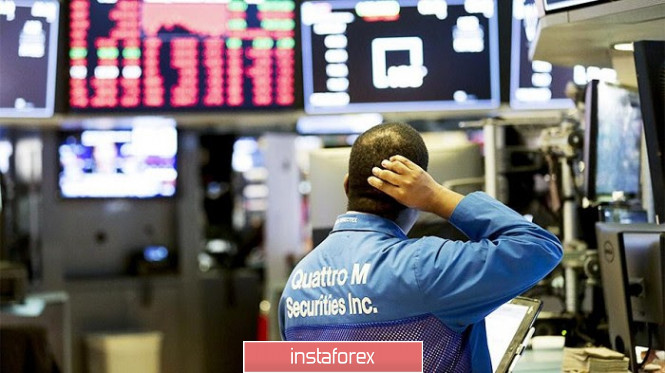 At the same time, investors continue to ignore macroeconomic statistics. At least in the UK. The rate of decline in industrial production slowed down from -7.4% to -6.4%, which can be regarded as a positive factor. However, a slowdown to -4.0% was expected. Moreover, industrial production in the United Kingdom has been declining for seventeen consecutive months, and it is high time to show at least some growth. But it doesn’t. And market participants simply ignored this data. 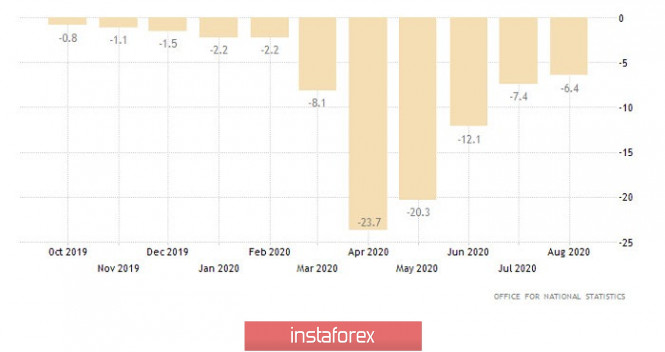 The macroeconomic calendar is completely empty today, so market participants will have to focus on something else. Apparently, they are going to turn to Brexit and the upcoming EU summit on the progress of negotiations on a full-fledged trade deal. And there isn’t any. Moreover, British Prime Minister Boris Johnson recently said that the UK may well switch to the rules of the World Trade Organization, in matters of trade with the European Union. The funny thing about all this is that this statement contradicts even the very idea of the UK Internal Market Bill, which was the reason for the recent breakdown of negotiations. In general, Johnson continues to make self-contradictory statements, which further confuses everyone, including investors. So if more high-profile statements follow today, the pound may come under serious pressure. On the other hand, if British politicians are able to refrain from making any comments, then the pound will be influenced by general concerns about the outlook for the dollar that can help strengthen it further. 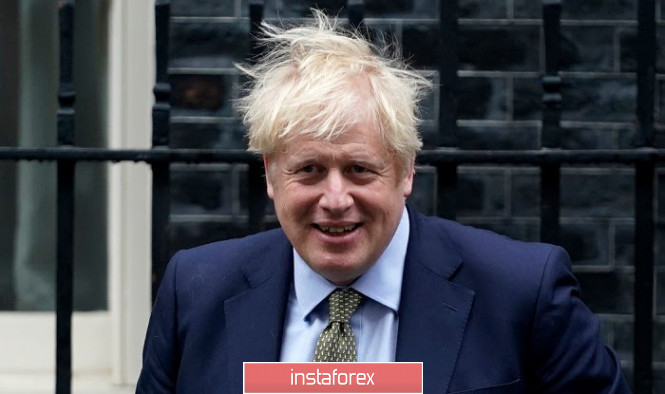 The GBPUSD pair managed to cross the important resistance level of 1.3000 last week, which called into question the downward stroke set by the market during the September period. A high degree of emotional instability does not let speculators warm up against the information background, which leads to chaotic price jumps.

Based on the quote’s current location, you can see that the price fluctuates within the deviation limits from the 1.3000 level (+/- 50 points), which can still play a role in the market.

There is an acceleration relative to volatility, which is confirmed by speculative behavior in the market.

Looking at the trading chart in general terms, the daily period, it is clear that the correctional movement from the local low of 1.2674 is trying to move to a new level, which puts the downward tact of September at risk.

We can assume that the area of the psychological level of 1.3000 (1,2950/1,3000/1,3050) will become a temporary platform where you should first get the price to settle outside the deviation limits. After that, you will have a chance to enter trading positions in the direction of speculative interest.

Specifying all of the above into trading signals:

– We consider long positions after the price settles above 1.3060.

– We consider short positions after the price settles below 1.2940.

From the point of view of complex indicator analysis, we see that the indicators of technical instruments on the hourly and daily periods indicate a buy signal when the price settles above 1.3000. 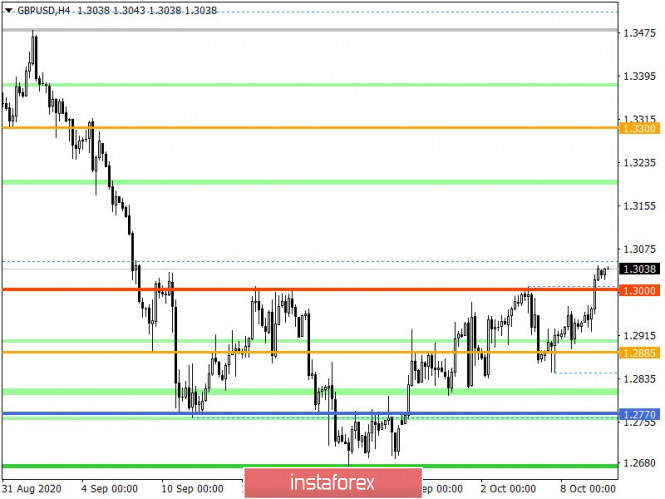