Rumors that the United States may soon adopt a new aid package led to a sharp rise in risky assets, particularly in the European currency. As a result, long positions from 1.1785 to 1.1825 gave about 40 pips of profit to traders. 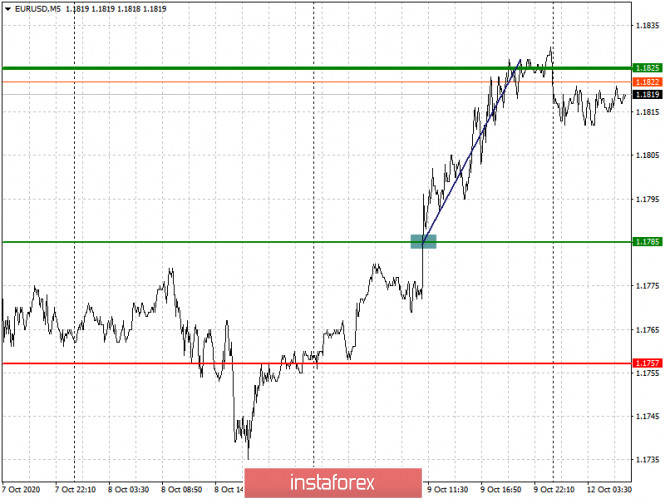 Today is a holiday in the United States (Columbus Day), so volatility will be extremely low. The lack of important statistics, as well as statements from ECB representatives, will add even more confusion on the future direction of the EUR / USD pair. 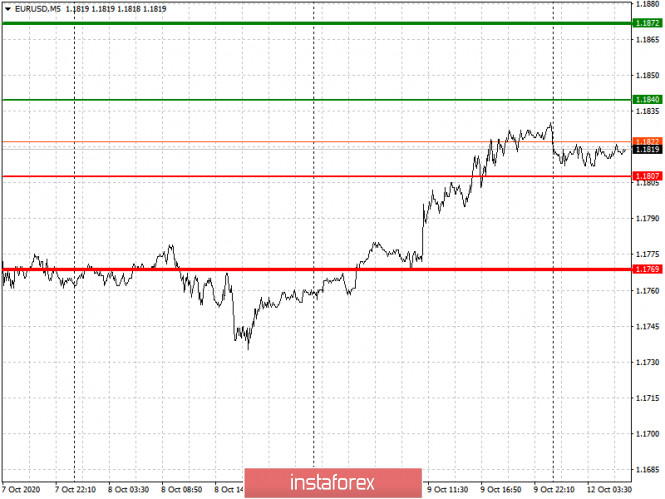 Due to the release of weak statistics on the UK economy, the rate of the pound decreased, so as a result, longs set from 1.2966 became unprofitable. It was only in the afternoon that the pound managed to reach the level of 1.2966, after which it rose sharply to a quote of 1.3010. 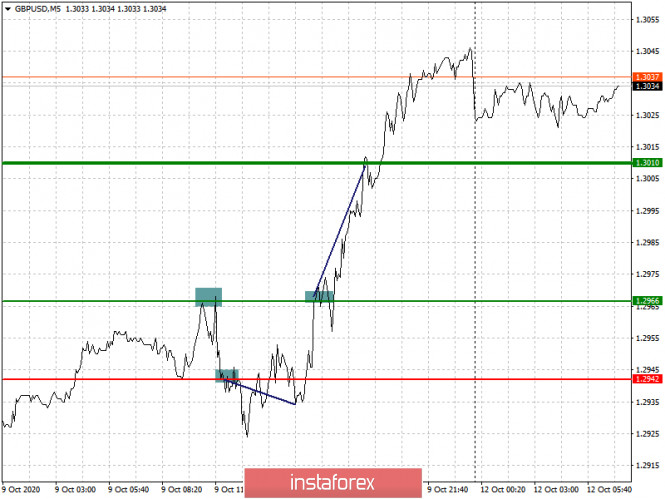 Since there are no important statistics due for release today, the entire focus of traders will be shifted to the scheduled speech of Bank of England Governor, Andre Bailey.

Because of this, the GBP / USD pair will most likely continue the bullish momentum it had last Friday. 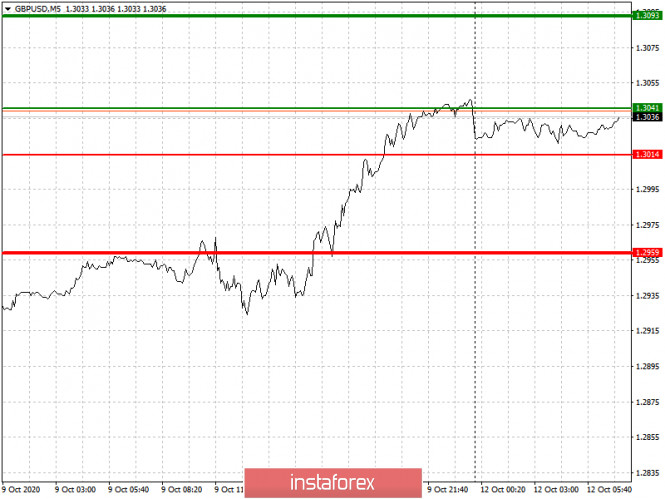