The euro pulled away from the 1.1754 level last Friday and went beyond the resistance of the balance indicator line on the daily chart. The Marlin oscillator has entered the positive zone, indicating the prospect of price growth. The growth target is the MACD line at the 1.1910 level, which coincides with the high on July 31 (blue mark). 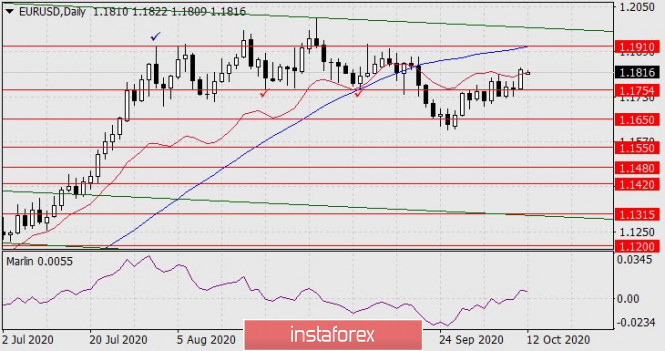 The price settled above the signal level of 1.1810 on the four-hour chart, and even today’s gap could not outwit this support. Marlin rises in the bullish zone. But the price forms a double or even, albeit not quite clear, triple divergence with the oscillator. And here, after slightly struggling above the signal level, a downward reversal is possible. 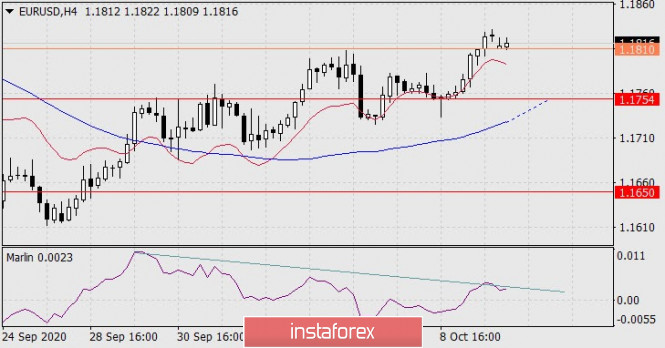 Forming the final downward trend in the medium-term trend will progress if the price settles below the target level of 1.1754. It is possible that by the time the price attacks this level, the MACD line will also approach it.

The euro’s growth looks strong on the daily chart, we will determine the probability of rising to 1.1910 at 60%, but the market can easily take advantage of the remaining 40% of the reversal scenario. The first condition for further growth is when the price settles above the Friday high. We are waiting for the development of events.