The pound went up to 100 points and stopped at the Fibonacci level of 61.8% on Friday. The Marlin oscillator broke out in the zone of a growing trend after a long time of work. Now the price will have to work out at the next Fibonacci level of 50.0% with the price of 1.3120. 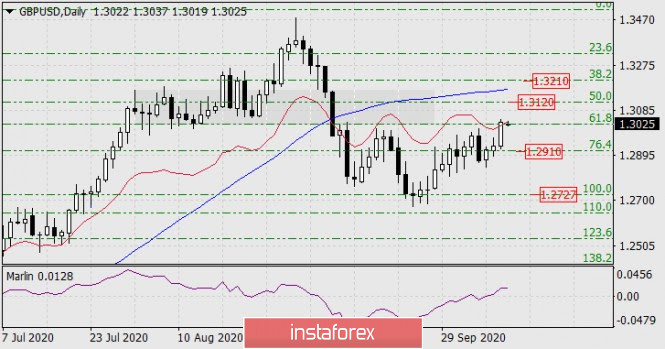 On a four-hour scale, the price is fixed above the indicator lines. The Marlin oscillator develops in a positive zone and the price is preparing for further growth. However, in the short term, we are not sure that with the upper limit of consolidation in the first half of August (marked with a gray rectangle on the daily chart), the price will break higher. If only the EU and London suddenly agree on an amicable “divorce”. 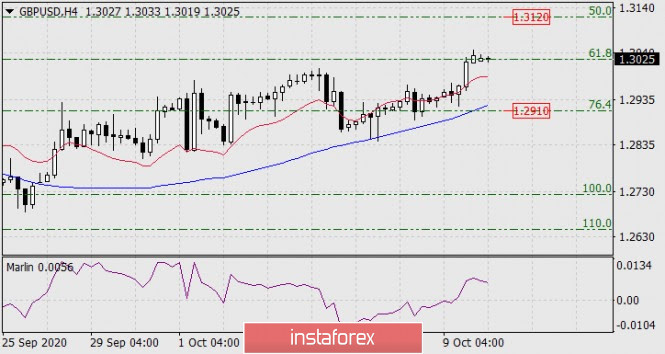