Unfortunately, the yen’s consolidation above the MACD line and the balance line on the daily chart from last Tuesday turned out to be false. The price fell by 40 points on Friday and now it faces another, bearish target – 105.30. Overcoming it opens the second target at 105.00 – support for the embedded price channel line. 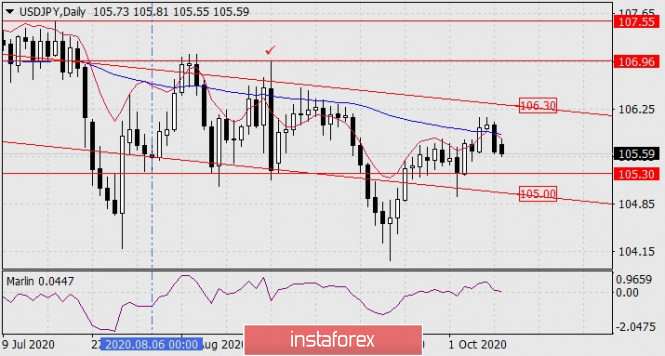 The price settled below the MACD line on the four-hour chart. The Marlin oscillator is declining in the negative zone. The trend is downward, we are waiting for the price to reach the first target level. 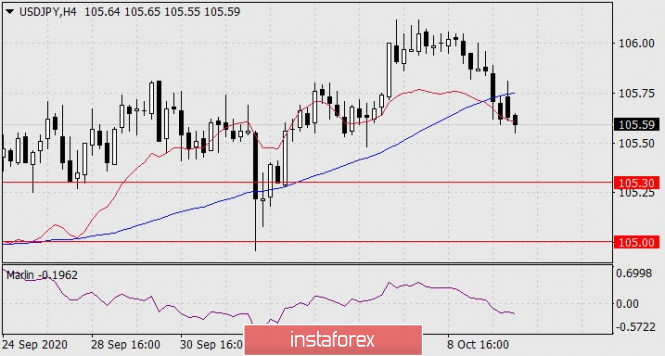 Trading plan for the EUR/USD pair on October 23. New record high on COVID-19 incidence; Growth in the US dollar.

GBP/USD: plan for the European session on October 23. COT reports. Pound buyers not in a rush to return to the market, will

Technical Analysis of GBP/USD for October 23, 2020