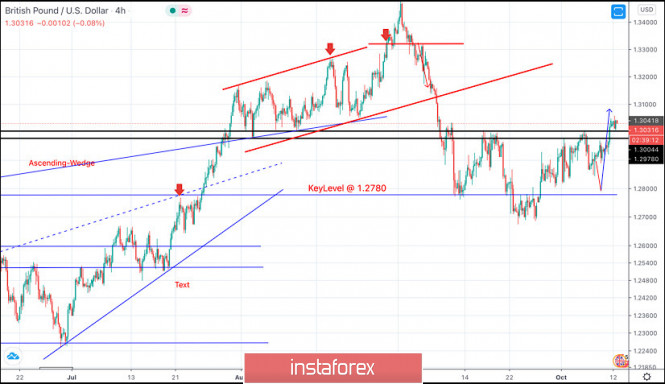 Bullish Persistence above the depicted price zone of 1.2975 -1.3000 was needed to allow bullish pullback to pursue towards 1.3100.

However, the GBPUSD pair has shown lack of sufficient bullish momentum to pursue above the price level of 1.3000 upon the past few bullish trials.

Hence, another bearish decline towards the price level of 1.2780 was expected to gather enough bullish momentum. Instead, earlier signs of bullish rejection were expressed around 1.2850.

Currently, the currentbullish breakout above 1.2980-1.3000 should be maintained to enable further bullish advancement initially towards 1.3100 and 1.3150.