The Bank for International Settlements (BIS), in collaboration with a group of seven central banks, published its first joint report on central bank digital currencies on October 9, focusing on the founding principles and fundamental features of CBDC.

The Bank of Japan, as one of the group members, has published a document presenting its own specific approach to CBDC from a Japanese-focused perspective.

According to the BoJ report, in 2021 the first of several phases of testing its own CBDC will begin. The tests will include development of a test environment for the currency. The BoJ report notes that a fundamental characteristic of a digital currency must be resilience in the face of infrastructure disrupted by “force majeure”, stating:

“Offline use in times of system and network failures and power outages is also important for Japan, given the high frequency of natural disasters.”

Due to its geographic location, Japan is exposed to many natural disasters, including earthquakes, tsunamis, floods, typhoons, cyclones, and volcanic eruptions.

The report does not provide details on how to protect against such events, although there are solutions that fix potential electrical or network failures for Bitcoin and other blockchain-based cryptocurrencies. These include the development of mesh networks based on longwave radio transmitters, and the Blockstream satellite network that transmits Bitcoin transactions in space.

The BIS research group on digital currencies was announced in January 2020 and included central banks from Japan, Canada, UK, Sweden, Switzerland and the European Central Bank. Since then, United Stated Federal Reserve has also joined the group.

The ETH/USD pair has been consolidating in a Triangle price pattern around the level of $375 after an impressive rally from the level of $342.30. The nearest technical support is seen at the level of $369.37 and $362.60. The momentum is still strong and positive, so the bulls might want to break out of the Triangle and continue the rally towards the level of $389.90 and then $400. 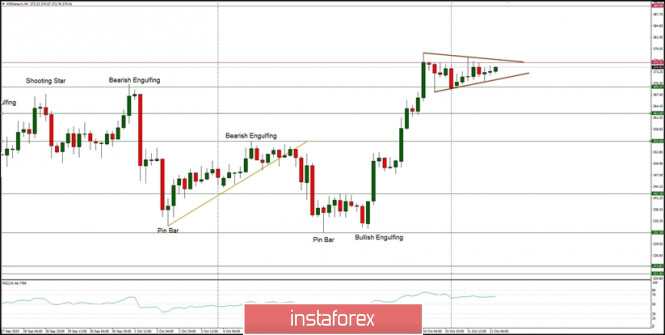