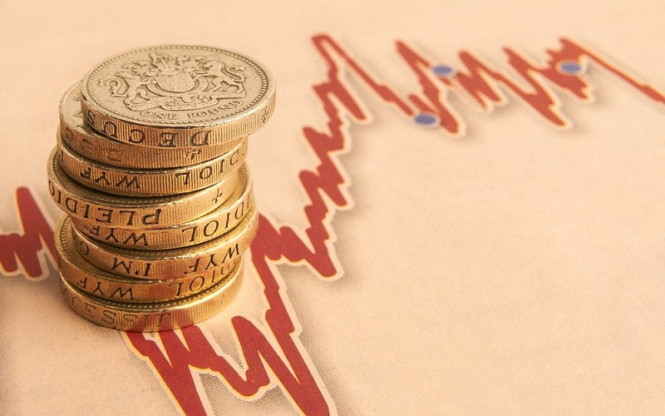 By the end of the week, market tensions eased, and negotiations between Democrats and Republicans over stimulus for the US economy resumed. Moreover, Donald Trump announced the readiness of the White House to support citizens by increasing unemployment benefits. Risk appetite improved, the dollar fell, which contributed to the short-term growth of the GBP / USD pair. The data on GDP and industrial production for August opens new thoughts for the UK.

The volume of production declined again by 6.4% in annual terms, a month earlier the decline was noted at 7.8%. This decrease in the country’s indicator has been recorded for the 15th month, but the rate of decline is slowing down, which, in principle, is a positive factor for the pound.

Market players are now awaiting comments from the Bank of England, which should give a hint of how much the indicators will affect the market.

Sterling could get additional support from the bullish rally in the energy market. The benchmark crude oil is trading at a 3-week high due to declining supplies of hydrocarbons in Europe and the US.

If you pay attention to the technical side, you will notice that since the beginning of October, the GBP / USD rate has been moving between the support and resistance lines. This serves as the basis for creating a short-term growing channel. Now the price of the pound is moving upward. Most likely, the GBP / USD pair will continue to rise and overtake the resistance line at 1.3070. 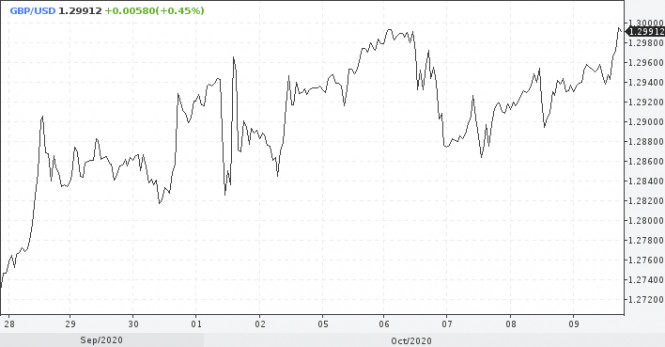 The fall of the USD / CAD pair is associated with the recent activity of the greenback. It should be noted that in the first half of September, the pair was moving steadily along the support zone of 1.3180. Later, after a strong jump, it tested the resistance zone 1.3340.

This week the USD / CAD rate has returned to a strong support level again. It is unlikely that after such a strong fall and the softening of Trump’s position on the allocation of the stimulus package in the US economy, the pair will continue to fall lower. A rebound to 1.3220, and maybe even higher, is likely to happen. 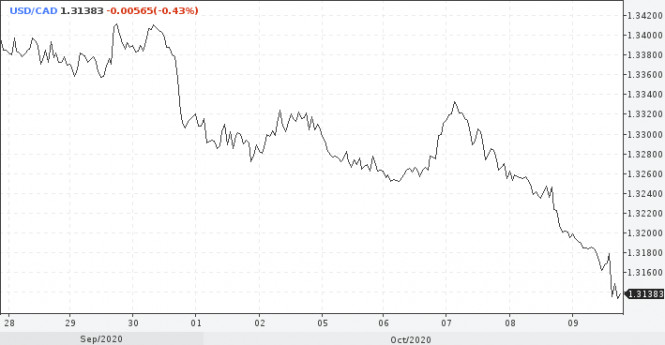 In addition, as the Governor of the Bank of Canada, Tiff Macklem said yesterday, the country’s regulator continues to assess risks and does not intend to abandon the current soft monetary policy. This is a negative factor for the Canadian dollar. The fact is that low rates and quantitative easing contribute to the weakening of the loonie.

The energy market is another area where additional pressure may come in the event of a fall in oil prices. Despite the fact that the quotes of the benchmark brands are trading at rather strong levels, prices are still tending to decline. Loonie is responding to oil as the Canadian economy continues to be a commodity economy. The lion’s share of the country’s budget is formed from the receipt of export earnings to the sale of hydrocarbons.